On 17 January 1945, during the campaign to drive the Japanese forces out of Burma (now Myanmar), the Worcestershire Regiment crossed the wide River Irrawaddy and establishd a bridgehead. By early March, the Regiment had advanced as far as the Mandalay Canal on the outskirts of that city. Patrols reported no Japanese troops but, on 9 March, 'C' Company was rushed by a Japanese force. After fierce hand-to-hand fighting, however, the company prevented the Japanese from crossing the canal. Private Eric Wilkinson was killed and two men were wounded in the attack.
Eric was the son of Haworth and Anne Wilkinson. He was aged 33. He formerly attended Ebenezer Baptist Church and Sunday School. Before he enlisted in November 1941, he worked in the building trade in Clayton-le-Moors. Before then he was a cotton spinner. Eric was slightly wounded whilst crossing the Irrawaddy, and had been out of hospital only a month before his death.
Eric lies in Takkyan War Cemetery, Myanmar. The cemetery is on the outskirts of Rangoon (now Yangan), and contains 6,374 Commonwealth burials. Eric rests in Plot 18, Row C, Grave 4. 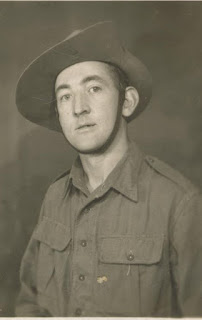