Lance Corporal John Vizzard served with the Corps of Military Police in the British Expeditionary Force which went to France in 1939. He was evacuated from Dunkirk in May 1940. He was then posted to a unit in East Anglia, but in June 1941 his health broke down as a result of his war service. He was then discharged from the Army. John later entered Withnell Pulmonary Hospital, near Chorley, Lancashire, where he died on 18 January 1942.

John was the son of Michael and Margaret Ellen Vizzard and the husband of Elvira, whom he married in 1939. He was aged 33. He attended St.Mary's R.C. Church and School. John was employed as a Motor-cycle Patrol-man by the Automobile Association until war was declared on 3 September 1939. He was immediately called up into the Corps of Military Police.

John's body was brought home to his family, and on Thursday 22 January 1942 he was laid to rest in Holden Hall Cemetery, Haslingden. The interment was preceded by a Requiem Mass at St.Mary's Church conducted by the Revd. Father Henry. John lies in Plot E, Grave 443. 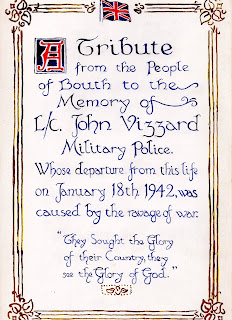 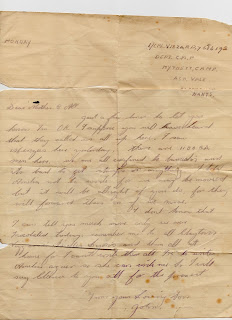